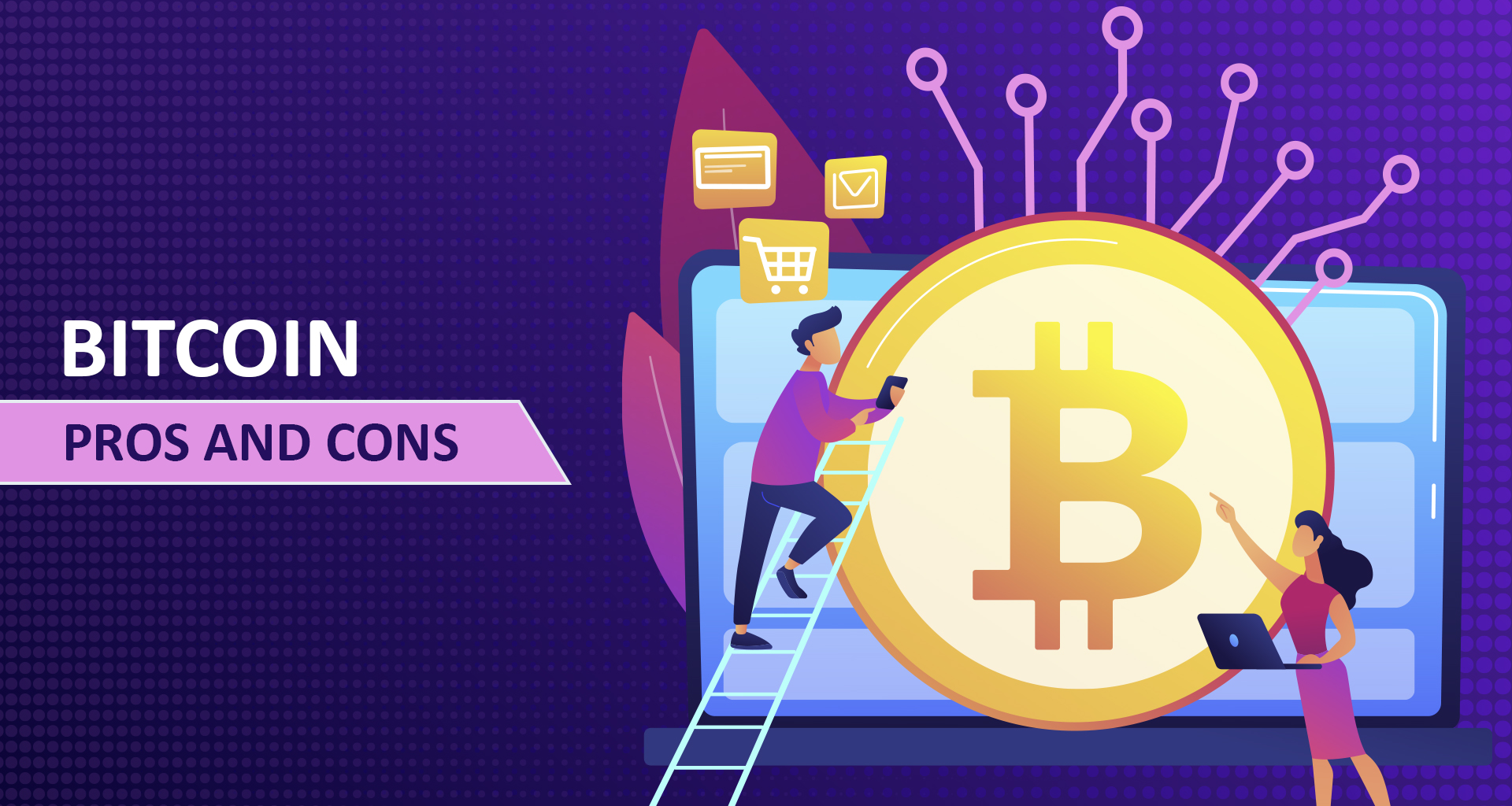 El Salvador became the first nation across the globe to make Bitcoin legal money, and Paraguay and other countries will likely follow. Currently, El Salvador owns 1120 bitcoins. El Salvador adds approximately $25 million in bitcoin to its state coffers, according to its president Nayib Bukele. Moreover, El Salvador is the world’s first and only country to accept Bitcoin as a form of payment. In the following information, you can see that not only regular investors are interested in cryptocurrencies, most notably Bitcoin, but the government is as well.

The best thing about cryptocurrencies is that they often have no geographical boundaries, and Bitcoin is no exception. Due to its simplicity, bitcoins can simply be sent from one user to another within minutes, making it easy to pay for goods and services from the expanding list of companies that accept bitcoin.

A BETTER WORLD WITH BITCOIN- PROS OF BITCOIN

Although Bitcoin users are not entirely anonymous, they are recognized by numerical codes and can have multiple public keys. Therefore, this prevents public monitoring of transactions and allows the user to identify them. Despite the fact that transactions are constantly visible, blockchain technology makes transactions transparent and protects against fraud at the same time. Furthermore, as the wallet owner, only you will know how many bitcoins you have.

You might construct a new wallet address to keep your information secret if the address for your wallet becomes public for increased protection and anonymity. A Bitcoin transaction does not require additional details, increasing user privacy, in contrast to traditional monetary systems that may leak personal information from banks.

Bitcoin values may be highly volatile, fluctuating significantly monthly and even daily. Bitcoin was worth $975.70 in March 2017, and within a few months, it reached $20,089. A few years later, in April 2021, the price of Bitcoin attained an all-time high of $64,000. Some investors anticipate Bitcoin will continue to rise in value in the long run, with values approaching $500,000 by 2025. Bitcoin investment is a promising return where the investor is undoubtedly going to gain profit on his investment. The trend simply confirms it from the occurrence of Bitcoin. Not only Bitcoin but other cryptocurrencies are giving considerable profits to the investor.

A single government or central bank does not govern bitcoin as a decentralized currency. This implies that authorities are unlikely to seize and collect your coins. Moreover, there’s no feasible way to tax Bitcoin. Because the pricing isn’t related to government policy, this theoretically provides people independence and freedom over their money. Generally, cryptocurrency users consider the independent nature of crypto as one of the primary benefits of Bitcoin.

Wider usage is still not possible

The general public doesn’t seem to understand Bitcoin, despite its acceptance by many organizations, including Microsoft and some Subway locations. In contrast to using a credit or debit card, the use of Bitcoin limits your spending options.

When Satoshi Nakamoto invented Bitcoin, he imposed a limit of 21 million bitcoins that could ever exist, which is why some consider Bitcoin extremely rare. Bitcoin’s scarcity makes it valuable, but it also causes its value to fluctuate because the only way to ensure demand is to alter its price. Other factors contributing to Bitcoin’s volatility include bad headlines, concern about the currency’s future value, usage, and security flaws.

In addition, Bitcoin transactions are anonymous and uncontrolled, which poses a security threat. Due to the irreversible nature of Bitcoin transactions, there is no way to recover funds that are transferred to the wrong person or account. Users of Bitcoin often choose to keep their bitcoins in a cryptocurrency wallet, which puts their capital at risk.

In contrast to a currency controlled by a central bank, Bitcoin transactions lack legal protection and are often irreversible, opening them up to fraud. There is no assurance of a minimum valuation, so if a large number of investors decide to quit using bitcoins and trade them, the value might plummet dramatically.

Cryptocurrency mining is an extremely energy-intensive operation that requires a lot of computer power and electricity. Of all cryptocurrencies, Bitcoin is usually the most energy-intensive. The mining of bitcoins requires powerful machines and a great deal of energy. It’s not possible to mine bitcoins with a normal computer system. Mining bitcoins is primarily done in countries where coal is used as a fuel source, such as China. Carbon emissions from China have increased significantly because of this practice.

The number of merchants accepting Bitcoin is rapidly growing. On the other hand, Bitcoin has a long way to go before being considered a real currency on par with the dollar, euro, or pound. Bitcoin will almost certainly never be a viable alternative to fiat currencies. Treat Bitcoin like any other speculative asset for the time being.

Knowing Bitcoin and its pros and cons in detail will help you make an informed investment decision. Subscribe to our social media platforms and follow us for more information about cryptocurrencies and Bitcoin.